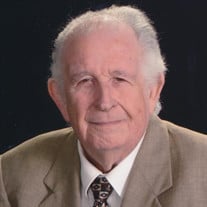 The Dash, “So when your eulogy is being read, with your life’s actions to rehash, would you be proud of the things they say about how you lived your dash?” As a minister, “The Dash” was the subject of one of David’s favorite sermons and he fulfilled his dash, dying late Tuesday afternoon, September 14th 2021 at his residence outside of Lexington. David was the youngest of six children born to the late Lucian Metelious and Ida Mae Anderson Walker on March 17, 1941 in the Chesterfield Community of Henderson County. It’s on this land, the same that began with his great great grandfather where he would spend his entire life with his family. In describing David, he was bi-vocational in every sense of the word. He was a pastor for over 40 years and the churches he pastored included Beacon Baptist, Bath Springs Baptist, Piney Creek Baptist, Pine Grove Baptist, and then Union Baptist, his home church, for 28 years. He was a pastor and mentor, performed many weddings and funerals, and those church families also became his family. In addition, he had another full career with Century / Magnetek retiring in 2004 after forty years of service. It was here that he excelled as an integral part of their operation. He self-taught himself, at home, on the first computers released as he saw that this was the path for the future. He then used that knowledge to implement what he had learned into the manufacturing process at Magnetek to improve efficiencies throughout the plant and raising quality control to new heights. David’s talents were shared with factories all around which allowed him to travel the world. And if this wasn’t enough, David was a 32 degree Mason and Shriner being a part of the Cheap Valley Lodge in Chesterfield and the Constantine Lodge in Lexington. He was also a member of the amateur radio relay league as a licensed amateur radio (HAM) operator. For the family, friends, and former coworkers, David will be missed as wise mentor and a gentle source of guidance. David is survived by his loving wife of 60 years, Mary Ann Dickson Walker along with his two children, a daughter Shari (Mike) Smith and a son, Mark (Jayme) Walker; grandsons: Garrett (Elizabeth) Smith, Andrew Smith and Jack Walker; great granddaughters: Emmaline and Elaina Smith. In addition to his parents, he is preceded in death by his sisters Annie Reed, Thelma Fronabarger, Melba Duke and his brothers Charles Leon Walker, and Fred Walker. Visitation with the Walker family and the funeral service will be held at First Baptist Church of Lexington where they were members. The family will receive friends from 3 – 8 PM Thursday and 9 AM – until the time of service at 11:00 AM Friday at the First Baptist Church with Rev. Mike Thrower and Rev. Clay Hallmark officiating. Burial will follow in the Union Cemetery in the Chesterfield Community, the same land which was donated by his predecessors. For David Walker, he can proclaim, “I have fought the good fight. I have finished the race. I have kept the faith” and, my dash is complete.

The family of Rev. David E. Walker created this Life Tributes page to make it easy to share your memories.

The Dash, “So when your eulogy is being read, with your life’s...

Send flowers to the Walker family.