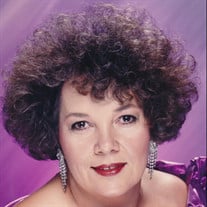 Surrounded by family, Barbara Kay Rushing passed away peacefully on Tuesday, March 15, 2022. She was born November 22, 1949, to the late Neva Sue Segerson Goff Elvington and Billy J. Goff. On October 20, 1967, she married her “One True Love,” Johnny Rushing. They built a good and happy life and enjoyed many hobbies throughout their marriage. They were married 52 years until Johnny’s death in April, 2020. Shortly after getting married, Barbara began her career as a hairstylist. In 1983, she opened her own salon, Hair Fashions, in Scotts Hill, Tennessee. She worked until January, 2022. She loved all her customers and made many lifelong friends, whom she cherished. Barbara is survived by a sister, Marsha Duke and companion, Jimmy Johnson, of Reagan, Tennessee; a brother Mike Goff and his son, Michael Goff, of Scotts Hill. She is also survived by her “young-un” (as she always said), Amanda McDaniel and son-in-law Ricky McDaniel; grandchildren: Jessica Hendrix and husband, D.J. Hendrix, of Parsons, Jessica Wallace and husband, Dustin Wallace of Lexington, and Doug McDaniel of Lexington; great grandchildren: Kyndalyn Wallace, Brennan Wallace, and Nathan McDaniel. She was preceded in death by grandparents Robert “Bob” Segerson and Maggie Estlee Lipscomb Segerson, and Hubert Goff and Jewell Kelly Goff; mother- and father-in-law, Claude and Ruby Rushing; sister-in-law, Brenda Goff; and brother-in-law, Clyde Wayne Rushing; and by her special furry friend and loyal dog, Boo. Funeral services will be Thursday, March 17, 2022, at 2:00 PM, in the Chapel of Pafford Funeral Home in Scotts Hill, Tennessee, with Bro. Damon Brawley officiating. Visitation will begin at 11:00 AM on Thursday, until time of service. Burial will follow in the Mt. Moriah Cemetery in Reagan, Tennessee. Pallbearers for Barbara will be: Ricky and Amanda McDaniel, Jessica and D.J. Hendrix, and Jessica and Dustin Wallace. Barbara had a great love and big heart for animals. She rescued many throughout her lifetime. In lieu of flowers, friends are encouraged to make a donation in her name to any animal rescue organization.

Surrounded by family, Barbara Kay Rushing passed away peacefully on Tuesday, March 15, 2022. She was born November 22, 1949, to the late Neva Sue Segerson Goff Elvington and Billy J. Goff. On October 20, 1967, she married her &#8220;One True... View Obituary & Service Information

The family of Mrs. Barbara Kay Rushing created this Life Tributes page to make it easy to share your memories.

Send flowers to the Rushing family.